1923 - 2011
Peacefully, and surrounded by family members, the death occurred at the Queen Elizabeth Hospital on Thursday, December 29, 2011 of Milton Fitzpatrick of Charlottetown in his 89th year. Veteran of World War II. He is survived by his loving wife of 60 years, Myrtle, and his sons Stephen (Carol) of Thornhill, Ontario and John (Irene) of Belleville, Ontario. He will be lovingly and proudly remembered by his five grandchildren, Caitlin, Sean, Andrew, Ryan and Sarah. He is fondly remembered by his sisters Laura (Reg) Power, Josephine Fitzpatrick, Bernie Koughan, and Thelma MacDonald; brother Leonard (Anne); and sisters-in-law Vivian Goddard, Violet Oicle, and Ferne Edgecombe. He was pre-deceased by his parents John and Winnifred Fitzpatrick; brothers Edward, Vernon, and Leo; and sisters Erna Linde, Kathleen White, Eleanor Dougan,  and Frances. Resting at the Belvedere Funeral Home. Visiting hours are 2:00 to 4:00 and 7:00 to 9:00 p.m. on January 1st, 2012. Funeral mass will be celebrated at 10:00 a.m., January 2, 2012 at the Church of the Most Holy Redeemer, Charlottetown. Interment to follow at the Sherwood Cemetery. If so desired, memorial contributions in Milton’s memory may be made to the Queen Elizabeth Hospital Foundation or Pat and the Elephant.

Joe was a life time member of the Royal Canadian Legion, Charlottetown Branch #1 and veteran of the second world war.

Beloved husband of the late Beatrice Clara (nee Head) Foley, and cherished father of Marcella McIntyre (Allan), Kenneth (Marlene), and Brian (Janet Wigmore Burke). He is also lovingly remembered by his many grandchildren and great-grandchildren, and by his last surviving nephew George Clarke.

Resting at the Hennessey Funeral Home until 9:45 on Wednesday morning, then transferred to St Dunstan’s Basilica for funeral mass at 10 a.m. Interment to follow in the family plot at the Roman Catholic Cemetery, Charlottetown.

If so desired, memorials in Joe’s memory may be made to the Charlottetown Branch #1 of the Royal Canadian Legion or the Heart & Stroke Foundation of PEI.

Visiting hours at the funeral home Tuesday evening from 6 to 9 p.m.

Dear father of Gary (deceased), Randy, and Karen (Timmy) Hopkinson. He is also survived by 10 grandchildren and 5 great grandchildren.

He was predeceased by his parents Hammond and Annie (Younker) Ford, his sister Edith Ince, and infant brother, Ashley.

Resting at the Cutcliffe Funeral Home where the funeral service will be held in the funeral home chapel on Saturday at 11 a.m. Interment to follow in Floral Hills Memorial Gardens.

If so desired, memorial contributions may be made to Heart & Stroke Foundation of P.E.I. or the P.E.I. Humane Society.

Royal Canadian Legion Branch #1 Charlottetown will conduct a Veteran's Tribute Service at the funeral home at 5:45PM on Friday 11 September 2009. 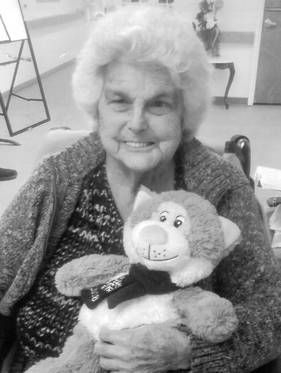 FRANCIS, Beatrice Agnes Peacefully, surrounded by family at Whisperwood Villa on Sunday, November 3, 2019 of Beatrice A. "Bea" Francis (nee Doyle) of Charlottetown, age 81 years. Beloved wife of the late Cpt. Roger Francis and dear mother of Terry (Mike Cheverie) Francis, Earl, George (Lisa) and Lloyd (Jess); daughter-in-law Patricia Francis; several grandchildren and numerous great grandchildren. She was predeceased by her son Harvey; parents, Earl and Theresa (nee Doyle) Brown; step-parents, Gordon and Theresa Stewart; grandparents William and Mary Doyle. Resting at the Hennessey Cutcliffe Charlottetown Funeral Home until Friday, then transferred to the Church of the Most Holy Redeemer for Funeral Mass at 10 a.m. Interment later in the Roman Catholic Cemetery, Charlottetown. Visiting hours on Thursday from 6 - 8 p.m. Members of Branch #1 of the Royal Canadian Legion will hold a Veteran's Tribute Service at the funeral home on Thursday at 5:45 p.m. If so desired, memorial contributions may be made to the Royal Canadian Legion-Branch #1. Online condolences may be made at www.islandowned.ca

1917 - 2010
At the Queen Elizabeth Hospital on Friday, October 29, 2010 of Lorne Lea Francis of Stratford, age 93 years. Beloved husband of M. Erma J. Francis (nee Rankin). Dear father of Ronald, Ottawa, Ontario and Lorna Worrell (Peter), Thunder Bay, Ontario. Lovingly remembered by his grandchildren, nieces and nephews. Predeceased by his parents Weston and Catherine (Duggan) Francis and by his eleven siblings. Resting at Belvedere Funeral Home from where the funeral will be held in the funeral home chapel on Tuesday at 10:30 a.m. Interment in Floral Hills Memorial Gardens. Visitation Monday 2-4 and 7-9 p.m. Memorial donations may be made to St. Mark’s Presbyterian Church or CNIB.

The Royal Canadian Legion Branch #1 Charlottetown will conduct a Veteran's Tribute Service of Remembrance at the Belvedere Funeral Home at 6:45PM on Monday 1 November 2010.
www.BelvedereFH.com

2015
The death occurred at the Queen Elizabeth Hospital on Sunday, February 22, 2015 of Aubin Gallant, husband of the late Evelyn (nee Pineau), veteran of the Canadian Army during the Second World War, of North Rustico, aged 90.

Besides his wife Evelyn, he was predeceased by his parents, Henry and Beatrice (Gauthier) Gallant; brothers, Joe, Eddy, Reggie, Francis, Stephen, Rene, Walter and Tommy; and sister, Lilla Gallant.

Resting at Central Queen’s Funeral Home,
2538 Glasgow Road
, New Glasgow, for visitation on Wednesday, February 25, 2015, from 5 to 8 p.m. The Royal Canadian Legion, Branches 1 and 30 will hold a service of remembrance at the funeral home Wednesday evening at 4:45 p.m. Funeral mass will be celebrated at Stella Maris Roman Catholic Church, North Rustico, on Thursday, February 26, 2015, at 10:30 a.m. Interment later in Stella Maris Cemetery. Due to severe allergies, please refrain from wearing scented products.

If so desired, donations in Aubin’s memory to the Heart and Stroke Foundation or the Queen Elizabeth Hospital would be appreciated.

2014
The death occurred peacefully at the Prince Edward Home, Charlottetown, on Friday, November 7, 2014, of James Gallant, beloved husband of Marie Gallant (nee Doiron), of Cornwall, aged 83.
James was the cherished father of Barbara Knox (Grant Rowland), Victor (Richard Rodgers), and Karl (Karen); grandfather of Toni-Marie Knox (Graeme Webster) and Karinna Knox; Todd Gallant, Karri-Ann Gallant (J.R. Poirier) and Ryan Gallant; and great-grandfather of Elliott Jim Webster; who will all miss him dearly. He is also survived by his sisters-in-law, Rita Blanchard (Reggie), Josephine Chaisson (Jerome) and Cecilia MacLean; and many nieces, nephews, cousins and friends.
Resting at Central Queen's Funeral Home, 2538 Glasgow Road, New Glasgow, for visitation on Sunday, November 9, 2014, 2 to 4 and 7 to 9 p.m. Kingston Legion Branch #30 and Charlottetown Branch #1 will hold a Tribute Service of Remembrance at the funeral home on Sunday evening at 6:30 p.m. Funeral mass will be celebrated at St. Francis of Assisi Roman Catholic Church, Cornwall on Monday, November 10, 2014 at 11 a.m. Interment in St. Martin and St. Francis of Assisi Cemetery, Cumberland.
If so desired, memorial donations to the Alzheimer Society or the Canadian Cancer Society would be appreciated.

1920 - 2008
The death occurred at the Palliative Care Unit of the Prince Edward Home on Thursday, November 20th, 2008 of Mr. J. Elmer Gallant of Charlottetown, age 88 years. Beloved husband of the late Kathleen “Kay” Gallant. He will be lovingly remembered by his sister Brenda Edgar of Charlottetown.

He was predeceased by his parents Joseph H. and Mary (Bernard) Gallant.

Resting at the Hennessey Funeral Home until 9:45 Saturday morning, then transferred to the Church of the Most Holy Redeemer for funeral mass at 10 a.m. Interment to follow in the family plot at Cavendish Community Cemetery.

If so desired contributions in Elmer’s memory, may be made to the Queen Elizabeth Hospital Foundation.

Visiting hours at the funeral home on Friday 6 - 8 p.m.

2019
Peacefully at the Queen Elizabeth Hospital, on Wednesday, January 9, 2019, the death occurred of Joseph Gallant, of Stratford, age 97 years. Beloved husband of the late Roberta Gallant (nee Edmonds). Loving father of George (Brenda), David (Joan), Linda Milligan (Dave), Joanne, Lawrence and Rosie Peters (Mike). Joseph will be missed by his brother Clarence (Mary - deceased); 13 Grandchildren and 13 Great-Grandchildren and sister-in-law Auldine Gallant. He was predeceased by son - Elric Gallant; parents - Maglorie and Eugena (nee Haché) Gallant and brothers - Faustin (Theresa), Oscar (Patricia) and Cedric and sister - Eileen Blacquiere (Art). Resting at Hillsboro Funeral Home, 2 Hollis Ave., Stratford for visitation Sunday, January 13, 2019, from 4-8 p.m. The Royal Canadian Legion, Branch # 1 will hold a tribute service prior to visitation at 3:30 p.m. Funeral mass will be celebrated on Monday, January 14, 2019 at Our Lady of the Assumption Church, Stratford, at 10:30 a.m. Interment will be held later at Our Lady of the Assumption Cemetery. As an expression of sympathy, memorial donations to the Canadian Cancer Society or the QEH Foundation would be appreciated. Completion of funeral arrangements have been entrusted to Hillsboro Funeral Home. Online condolences may be sent to hillsborofuneral@eastlink.ca.